A man with a grey beard walking down the long, empty subway tracks with flickering lanterns hanging from his shoulders.

I lived in Ohio for several years, and I currently live in Maine. These places have a strange and furtive relationship with themselves: they remember what they used to be, and they can't let it go. They look into a mirror and see a booming, industrial paradise where they all had jobs--factory jobs but jobs. The mills and yards, be they textile, steel, or ship, ruled the world. They look out the window and see a wasteland.

I listen to stories of the steel mills in Youngstown, car manufacturing in Detroit and Cleveland, shipping in Portland, textiles in Massachusetts. How it used to be, when unions mattered and whole cities were devoted to single products. Whole cities that were lively, economically viable, and productive (so they tell me). Sure, crime was an issue (it still is) the environmental wreckage was severe (it still is) the big companies who invented these towns to be their personal cattle ranches often despised and exploited workers (sound familiar?) and the work often sucked (it still does) but these cities were built on hope and economic booms, and there was a time when they worked as units in the whole. Many, many Americans believe that time was the best it ever was.

I can't even imagine this America.

It seems like a fairy tale to me. For the entire duration of my life, it's been the Rust Belt, not the Steel Belt. Youngstown has been an abandoned disaster. Cleveland has been struggling to survive, Portland has been a dying waterfront, one of the last that has not been turned into a tourist trap, the cod is gone, the lobster is slowly dwindling, and the haddock is deeply overfished. This is the world I know, the world as it has always been, for me. I don't understand any idea of these cities that features whole, inhabited buildings, bustling downtowns, factories, people talking about things other than being out of work.

It's like when older writers bitterly tell me about the collapse of the distribution network, and how things used to be, and how maybe it'll come back someday, and they'll start selling their novels in drug stores checkout lanes again. I nod sympathetically and pretend I commiserate, but really, I'm thinking:

They used to sell novels in drug stores?

Like, not just Stephen King, Twilight and a shelf full of romance? Did they sell unicorns, too?

I just can't even imagine a world where a standard print run was 100k books and bookstores hadn't yet caught on to their draconian returns policy. I can't imagine being able to stay with one editor/publisher for your entire career. I can't be bitter that it's gone, I never knew the world could be organized like that. Ever since I transmogrified into a thinking adult, everything has been broken, every system degenerated. Hell, the tech bubble had burst before I was a sophomore in college. The cod was in crisis in Maine, Nova Scotia, Newfoundland, long before I was even born.

The world I live in is full of abandoned houses with broken windows, and towns that long for the steel mills like a lover who has abandoned them, bookstores that don't even really sell books, work a talismanic thing. If I could only get work. If I could just work.

But the steel mills aren't coming back. People my age, we sit and listen and nod, but we know the world is never going to look like that again, and we can't feel the tragedy of it, we can't feel the outrage, entitlement, hopelessness, bitterness of it, because we just weren't there when all the machinery worked. We assume we'll be out of work pretty frequently in our lives, that everything we own will be made outside the country, that if we're damn lucky, we'll hop mortgages and jobs and marriages and editors and publishers like beads of water on a skillet until we die. We know we probably aren't getting Social Security no matter what happens.

We grew up expecting to get screwed.

Trouble is, the world still wants us to act like that other universe of productivity and permanence exists. Sign up for this 30 year mortgage! Explain why you've moved so much, clearly that's the sign of a dilettante! Pay into a hundred programs of which you will never see the benefit. Commit to this job with all your heart and soul, make it your whole identity, despite the fact that we'll lay you off in a few years. But don't even think about forming a union, or you'll be fired.

Did you know that the phrases "laid off" and "downsizing" came into wide use only within my lifetime? They didn't used to even have words for this shit.

So. Welcome to the New World. Some of us didn't know there was an Old World. But we all have to live in this one. We'll figure it out. We'll create de-centered systems and wide social nets to catch each other and become nimble and versatile enough to hold a dozen and more jobs, a couple of marriages, a heaping pile of rental houses and a couple of home start-up companies in a lifetime and not be depressed about it. But until the people who keep hollering at us that their mythical five minutes in American history is coming back, those precious moments after the robber-barons but before those fucking hippies ruined everything, their pink candy-castle America of contented industrial towns, endless cod, 30-year mortgages, and benevolent steel mills, just you wait, until those people die off, the genuine new paradigm of how to live and thrive in this new world is just sitting at the bus station, waiting for a ride.

Can anyone point me to the map this image comes from? It's supposedly from 1558, prepared for Queen Mary, but I can't find it. 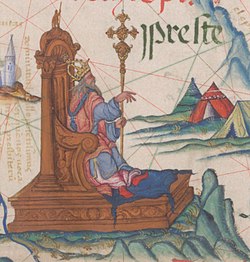 Just to let you all know, my Bantam publicist was laid off yesterday. There is no replacement yet. So if you need a Palimpsest ARC, talk to me personally. And be kindly-inclined towards an e-version.

The frozen spit of water connecting the Hudson and the Harlem Rivers, choked with ice and snow and stone, seen through a frosted window and the steam off a cup of hot chocolate.

Pictures from the KGB reading!

Shock! I actually like some of the pictures of me here. Especially this one. Happy girl and boy.

Check out the arm art from